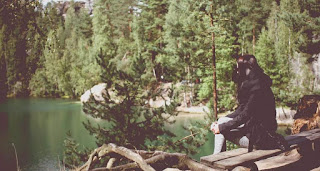 I think many are guilty of thinking that someone who has been declared cancer free should be able to just return to their normal lives as if nothing had happened. But that is just not the case. Most cancer survivors spend the rest of their lives with the fear and anxiety of regular follow up scans and the constant fear of cancer returning. The trauma of fighting this battle, from the shock of diagnosis through the hell of treatment and surgery, and then follow up treatments and scans, doesn't just fade away. Many come out of it with a form of PTSD that makes it almost impossible to just pick up their lives where they were before cancer. Try to be patient and understanding with your friends and family who have been through the hell of cancer. They may not just "get over it." They might not even realize that they are different now, and it won't help them for you to point that out. Just love them...shower them with love and understanding. Love can help heal the unseen scars of cancer. Just love them, let them know you are there for them, and be patient.

These are my thoughts after reading a blog from the "I Had Cancer" page.  It's a good read:
I Wasn't Prepared For Life After Cancer
by Steve Pake

It was late in the year of 1992, and I had been dating Scott for a few months when I wrote the words to "By the Way."  I remember that I gave him a copy of my love poem, and when I saw him again 2 days later he had turned my poem into a song.  I've been writing verse for as long as I can remember, often humming along with the tune in my head as I wrote.  It is an indescribable thrill to have someone hear the song in my words.  With his lovely finger picking and string harmonics, together we wrote a beautiful song, if I do say so myself!

He is performing at a wedding today, and the couple chose it as their recessional song.  The first time he performed "By the Way" at a wedding was for some friends and we were actually in the wedding party.  Tony and Shelly loved our song and had Scott play and sing it for their first dance.
That was in 1999.

Over the years, he has played more weddings than he can even remember. Many brides and grooms request "By the Way"...
CONTINUE READING

"...then you reached out to me and you put your hand in mine,
and you said that life's a song, and we were the next line.
And by the way, I'm in love with you today." 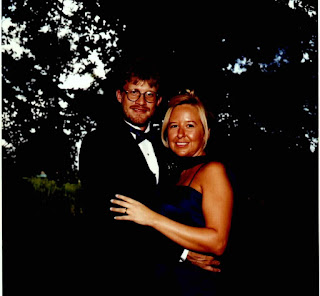