Featured Movie: Birdman or (The Unexpected Virtue of Ignorance)

I finally saw "Birdman," and it definitely lived up to it's reputation.  What an amazing movie.

It was great to see Michael Keaton.  He looks good and his acting was superb.  He plays an aging actor, best known for his portrayal of a comic book hero, Birdman, 20 years ago.  Trying to prove himself as a serious actor and reinvent his acting career, he is writing, directing and starring in his own Broadway play.  Days away from opening night, he is beset with problems, from firing and replacing his leading actor; dealing with the ego and eccentricities of his new lead; working with his daughter recently hired as his assistant and recently released from rehab; an ex-wife he's still in love with and a girlfriend who may or may not be pregnant.

Add to all of that, the character of Birdman who talks to him frequently, and even starts to materialize, advising him to forget the play and return to the superhero character. 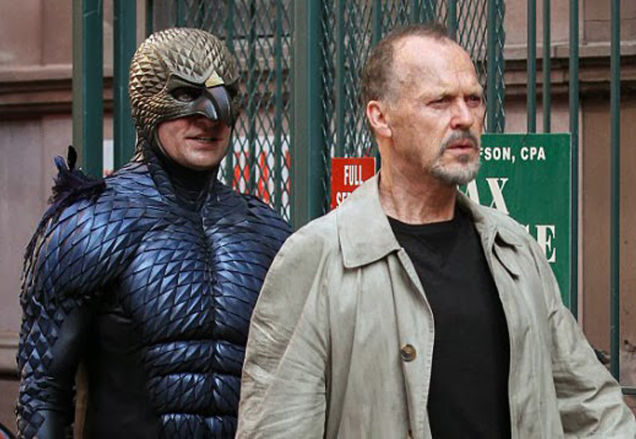 The entire cast is fantastic, including Edward Norton, Zach Galifianakis, Naomi Watts and Emma Stone.
The filming and camera work were very interesting.
I read that it was the directors idea for most of it to appear to have been filmed in a single shot.

There are some twists along the way, and I'm on the fence about the ending.  But, over all I thought it was a great movie. What did you think of "Birdman" and what are your thoughts on the ending?