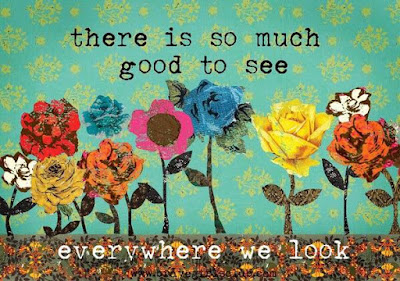 From the Brave Girls Club:

We always have at least two choices in each moment...and these are two of the most important choices we will ever make.

We can always choose to LOOK FOR WHAT IS RIGHT...

or we can choose to look for WHAT IS WRONG.

Can you see what a marvelous and compelling difference there is in these two perspectives?

One of them builds up relationships, brings hope and creates new ideas and joy.

The other tears down confidence, feeds fear, keeps us stuck and makes us feel miserable.

Just try it, especially if you feel stuck in a situation or relationship that feels all wrong. Just look for something that is right inside of it. There are ALWAYS gifts to be found in everything, even if those gifts are simply the lessons that we learn from difficult situations and people.

And one of the most beautiful and light-filled things you can do when you are faced with a difficult human being, is to go to the ends of the earth to find something beautiful and true and right about that person, and then do everything you can to SHOW that person what is right about them, instead of reminding them of what is "wrong". This experience will change both of your lives.

Miracles truly can happen when we focus on what is right and do our best to just learn from what is wrong.

You can do it. You are so amazing. And you are so loved.

Suzi's Promoplans in Humans of the Keys 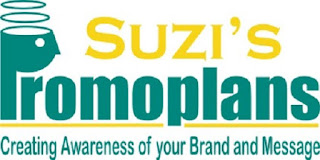 Read my story and how I started Suzi's Promoplans, as published in Humans of the Keys.

I arrived in the Keys on November 2, 1997. My husband, Scott, and I moved from Chattanooga, Tennessee, with four cats and a bird. We had come down on a diving vacation with his family earlier that summer; we came back in September to find a place to live, and moved down two months later. We both wanted to live somewhere warm and tropical, and we had fallen in love with the Keys. Scott knew that he ultimately wanted to start playing music for a living, but he started his life in the Keys waiting tables in the “fine dining” at Lorelei. (The fine dining section was destroyed by Hurricane Wilma in 2005 and never rebuilt…I’ll never forget they had the absolute best clam chowder EVER!) He was fortunate to be playing music full time within a few months.

My job situation was a little different. For five years prior, I had been working as an account executive for a financial insurance company. My clients were banks, credit unions and finance companies; and my territory was the southeast USA...Seriously…Tennessee, Georgia, Alabama, South Carolina, and North Carolina. I was on the road a lot; but I was young, and it was exciting and interesting. Scott and I had just started dating in August of 1992, so he soon became used to the rhythm of my travel. We ended up moving in together in ’94 and were married in ’95. Life was good, but we both had Caribbean Soul and tried to get to a beach every chance possible. We made several trips to Jamaica (we were married in Negril!) and frequent trips to the coast of Georgia, the Panhandle and other areas of the Florida coast. But, it was that trip to the Keys with the Youngberg’s in June of 1997 that we found the place where we were meant to live.

I remember telling my boss that I was moving to the Florida Keys and that I hoped they could use me in Florida. Looking back, it seems kind of fearless. I’m not sure what I would have done down here at the time if they had said no. But, it turned out they did need me in Florida, and I continued to do the same work, just travelling all over Florida and South Georgia. Florida is a big state, and I was still on the road a lot! I averaged 35,000 to 50,000 miles a year on my cars for almost 20 years. Over the years, the companies changed a couple of times, but the job remained basically the same. At the last one, I was Vice President. My experience and training made me one of the foremost knowledgeable people in my field in Florida, perhaps the southeast. I don’t mean to brag, it just happened because I was always learning, always reading and studying, and taking continuing education classes. I also created all of the marketing materials, and designed and maintained the website for years; and, I still design, write and publish a newsletter for them about risk management, insurance advice and compliance related topics.

After 25 years, the designing, writing and website part ended up being the only part of the job that I liked anymore; other than all the nice people I met over the years. I was just so tired of the traveling. Back in 2014, when Scott was going through cancer treatment and I was so afraid that I might lose him, I remember thinking about all the time we had spent apart over the years. I just didn’t want to waste more of my life sitting in hotel rooms waiting for time to pass. Believe me; the life of a traveling sales woman isn’t very glamorous. Most nights I was in my pj’s ordering room service and watching TV. Sometimes I would go out, but sitting in a bar alone in a strange town can have its own problems. Mostly, I was waiting for the time to pass until I could go home to my life.

This past year I made the decision to make a change...  CONTINUE READING 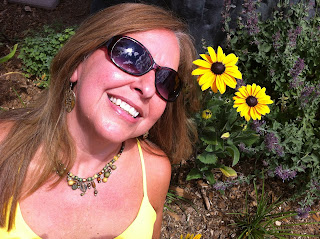