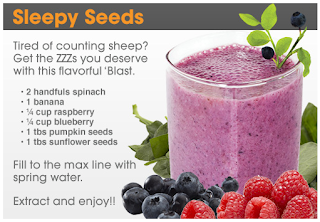 Find more smoothie recipes along with information and advice on all sorts of health and fitness topics at Suzi's Smoothie's.

What helps you sleep?

Posted by Suzi Youngberg at 7:56:00 PM No comments:
Email ThisBlogThis!Share to TwitterShare to FacebookShare to Pinterest
Labels: Suzi's Smoothies

(A French Day with Teresa)


Scott and I had been living in the Keys for about a year when I received a phone call from Cousin Teresa saying she was coming to Miami and wanted to get together.  Teresa had been living overseas for several years, Germany and France.  I know she ended up living in Japan as well, but I’m not sure of the time line.  I’m pretty sure she was living in France at the time she visited us.

She was traveling with friends of hers; a French couple who had asked (hired?) her to travel with them and act as interpreter since they spoke no English.  Teresa was a language major.  A funny side story… when Teresa was very small, she had a serious speech impediment.  Her older brother, Tony, was the only one who could understand her and he would act as her interpreter.  I was always proud of her for not only overcoming her “handicap” but totally making it her bitch!  It’s a little bit ironic as well.

When she arrived in Miami, Teresa called me and we decided on a day to get together.  We lived 2+ hours from Miami, but they wanted to come down and see the Keys.  They came to our house and then we went to lunch at Hawk’s Cay, a resort nearby, on the ocean, with dolphins.  As mentioned, the couple she was traveling with spoke no English.  When introductions were made, we picked up the man’s name as Remi, but for the life of us, neither of us ever understood the woman’s name.  So, they have become forever dubbed Remi and Remi’s Wife in our memories. 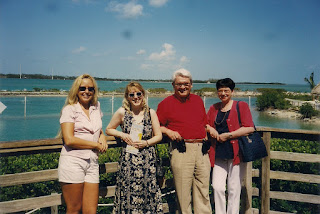